Disabilities and The Besora (Gospel)

Rabbi Yahnatan Lasko is a second-generation Messianic Jew from the Washington, D.C. area. He grew up at Beth Messiah Congregation, a synagogue he now helps to lead, and attended Ets Chayim, a Messianic Jewish day school, from preschool through high school.

Having completed two engineering degrees at Johns Hopkins University, he currently works as a computer scientist. He completed a Master of Jewish Studies from the Messianic Jewish Theological Institute (MJTI) in 2016 and was ordained by the Union of Messianic Jewish Congregation (UMJC) in 2018.

He and his wife Kristen are exploring Judaism from the perspective of different abilities with their son Max, who has spinal muscular atrophy. 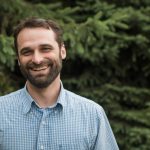 The Narrow Gate of Freedom 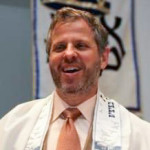 Pay Attention to That Voice

The Magic Arm of Pharaoh’s Daughter